Hasbro is one of the world's largest manufacturers of toys and board games. Such companies typically invest in TV promotion of well-known toys, created based on famous cartoons, serials, and comics. Sales of these types of products quickly pay for the media investment: children watch a cartoon, become attached to its main characters, and ask their parents to buy the same toy.

However, on the shelves of children's shops there are a number of Hasbro games that rank very modestly in terms of popularity and demand. These are "Operation", "Hungry Hippo", "Elephant and Fireflies", "Crocodantist", and "Shark Hunt". These games are not known as widely as, for example, “Transformers”. Nonetheless, Hasbro sees potential in the development of these brands, due to high margins. Sales growth could provide room for further advertising activity.

The challenge consisted primarily in the fact that Hasbro is not able to allocate a budget for a seperate advertising campaign for any of the games, since the sales and potential payback period of little-known toys are incomparable with those that are already popular. The maximum profits we could count on was three or four times less than the cost of a television campaign.

Thus, we had to come up with a solution for how to generate demand for virtually unknown games, without the means to directly advertise them.

Spontaneous purchases of toys is becoming less: people analyze each choice and only then buy. Parents’ trust of a game involves an understanding of what skills such a game can develop in a child. At the same time, children want and play more willingly with the toys with which they see their peers playing.

Together with Pixel, one of Ukraine’s largest children's TV channels, we developed a separate program called Igravaki-Poznavaki. It consists of five series, one for each game. Created by Hasbro, Igravaki-Poznavaki was popular among children, as evidenced by the high ratings of each of the series. By integrating advertising clutter into the content of the program, we were able to promote the game organically through the series, increasing product recognition.

We deliberately abandoned the standard sponsorship media displays (screensavers, dice, logos), which are subject to a lot of legal requirements and restrictions. Furthermore, clearly featuring Hasbro as the sponsor could negatively impact the perception of the program by viewers.

Synergy of the media communications of Hasbro games through the branded content of Igrovaki-Poznavaki and its announcements allowed the company to reach more than half of the target audience. This level of coverage through direct TV advertising would have costed about 6 times as much.

None of the appearance of Hasbro in the series and announcements was considered by the monitoring company to be advertising.

The volume of sales from February to April 2017 grew significantly. In addition, the increased demand was evidenced by the increase in relevant online searches of more than 2 times. According to information from Hasbro's partner stores, children began coming to the store and asked for games they saw on TV "with a shark, with an elephant, with a crocodile", etc.

The client and the TV channel are both very satisfied with the results of our cooperation, and have already agreed to continue the partnership for this project.

Components of the project

OMD Media Direction Ukraine is recognized as one of the leaders of the Ukrainian media market. The Effie Awards Ukraine have named in the most effective media agency in Ukraine five years in a row (2012-2016), and AAC ranked it #5 in 2016. The agency is an associated member of Omnicom Media Group Worldwide. 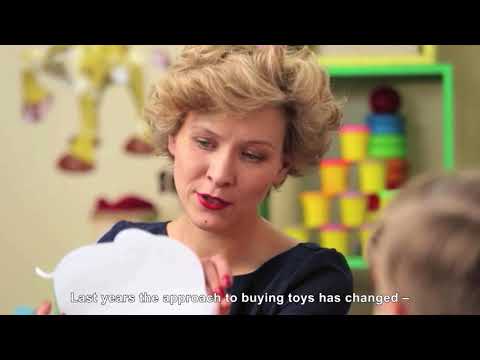